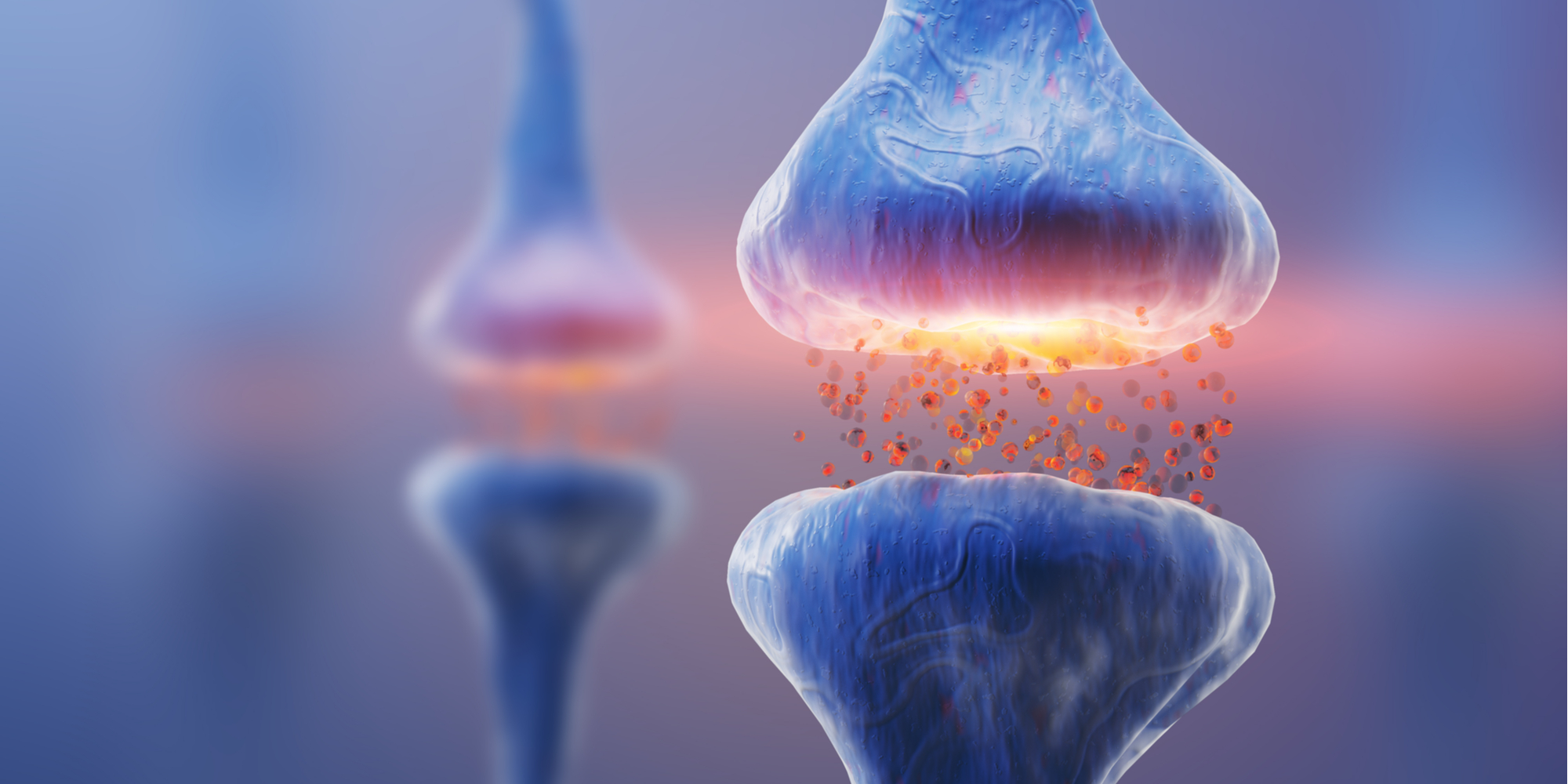 If you or a loved one has ever struggled with mental health effects after a night of drinking, you aren’t alone. There is actually a scientific reason behind this phenomenon that involves an inhibitory neurotransmitter called gamma-aminobutyric acid or, more simply, GABA.

Recent research shows that the connection between GABA and alcohol can explain the excessive stress, panic, fear, and other uncomfortable emotions that alcohol causes. So, here’s everything you should know about how to protect yourself from the combined effects of GABA and alcohol. 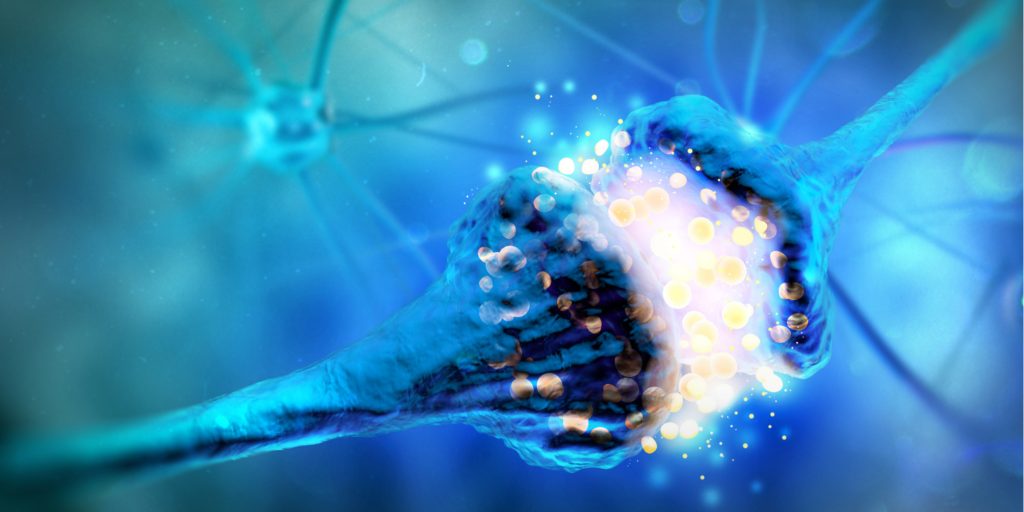 The body has a series of systems that work together—from the nerves that run throughout the body to the tiny cells that defend against harmful substances. One very essential part of all of these systems is the neurotransmitter called gamma-aminobutyric acid or GABA. GABA and glutamate, another neurotransmitter in the brain, allow for different parts of the body’s systems to communicate.

More specifically, when the nervous system is hyperactive, the body and mind have a chance of responding in a way that is unhelpful or even harmful. For example, the body’s neurotransmitters could perceive a harmless situation as one that is dangerous. This is when anxiety begins to build.

Luckily, GABA regulates the body’s neurotransmitters, which means that it helps to decrease anxiety as well as other mental health symptoms. Successful GABA function relies on there being enough of this neurotransmitter to help the nervous system react appropriately to various situations. But GABA glutamate can’t properly function under certain circumstances, such as in cases of excessive drinking.

The main issue between GABA and alcohol is that alcohol harms the production of this neurotransmitter. In fact, studies show that alcohol’s effects on neurotransmitters deplete the production of GABA significantly enough to cause short- and long-term symptoms. These side effects can lead to physical, emotional, and mental health damage that eventually requires professional treatment.

GABA and Alcohol Do Not Mix

An interesting fact is that alcohol suppresses the central nervous system. To put this in perspective, think of the common side effects of drinking. These often include loss of motor skills, slurred speech, blurred vision, impaired judgment, and so on. Many of these symptoms are caused by how alcohol affects the brain.

Not only does alcohol effectively kill off essential cells that help you to stay alert and healthy, but alcohol can also lead to GABA withdrawal because it reduces its production. When someone experiences a GABA withdrawal, they often have intrusive thoughts, persistent worries, and other severe mental health symptoms. A decrease in the presence of GABA in the brain can also worsen pre-existing mental health issues and also lead to substance use relapses.

In some of these cases, people need to receive a GABA supplement just to feel like themselves again. GABA supplements are even being tested to see if they can help people who are trying to heal from substance use disorders by giving them emotional relief during their recovery journey. While GABA supplements are a starting point, there is simply not enough research to prove that they are effective on their own.

In truth, the problem will never truly resolve unless you receive treatment for alcohol addiction and co-occurring disorders. Through this dual diagnosis treatment, your body will be able to return to naturally producing GABA and you will learn how to regulate your own emotions in order to give yourself a longer, healthier, and happier life.

Treatment for GABA and Alcohol Struggles 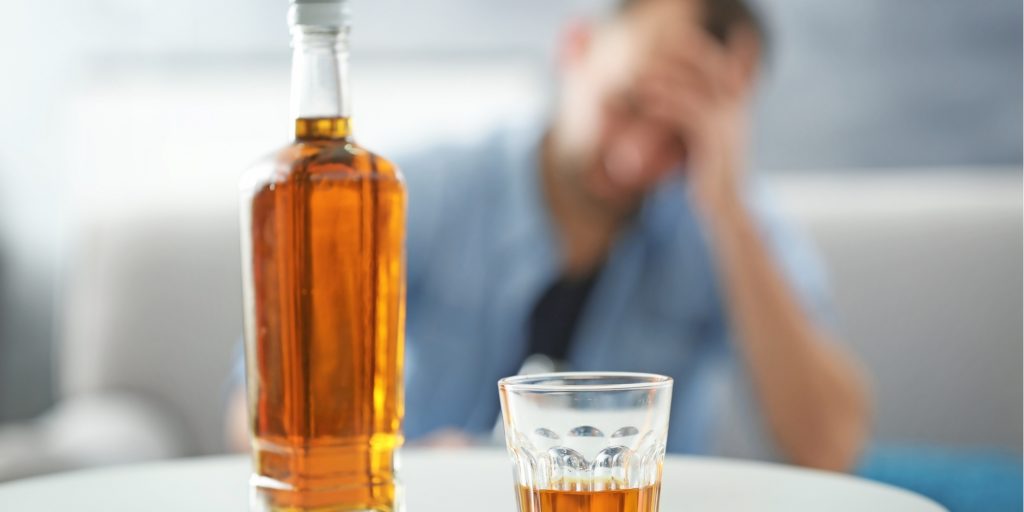 At Georgetown Behavioral Hospital, you can take your addiction recovery journey step by step. You will learn effective coping strategies to handle mental health symptoms as well as life’s daily stressors through services such as:

If you are ready to supplement your life with sobriety and stability, give us a call at 937-483-4933 or submit a confidential contact form today. At our facility, you will have the opportunity to not only get back on your feet but also achieve the type of physical, emotional, and mental wellness that you’ve been looking for.

GABA stands for gamma-aminobutyric acid and it has different functions in the human body. Most importantly, GABA is a neurotransmitter that can inhibit the way that neurons communicate with one another throughout the body. This can impact everything, including joint movement, vision, mental health, and more.

What does GABA do?

How does alcohol affect GABA?

The chemicals in alcohol actually reduce the production of GABA in the brain and throughout the body. When people do not have enough GABA to regulate their emotions, they often experience more mental health issues such as stress, depression, and paranoia. Thus, the more alcohol you consume, the less GABA you will produce, and the risk of struggling with your mental health increases.

How does alcohol affect the brain?

The U.S. Department of Health and Human Services reports that alcohol affects the brain’s ability to function in several key ways, including blurry vision, loss of memory, delayed reactions, and more. Additionally, the effects of alcohol can negatively impact the way somebody feels and behaves. As a result, people who frequently consume alcohol might make decisions that harm themselves or others because they aren’t able to think clearly.

Does alcohol cause brain damage?

Yes: alcohol can cause short- and long-term effects on your brain. Specifically, alcohol can kill away brain cells and can also reduce the effectiveness of neurotransmitters. Brain damage caused by alcohol is often irreversible—this is why it is imperative that you get treatment for alcoholism and any other mental health disorders before these side effects begin to build up. 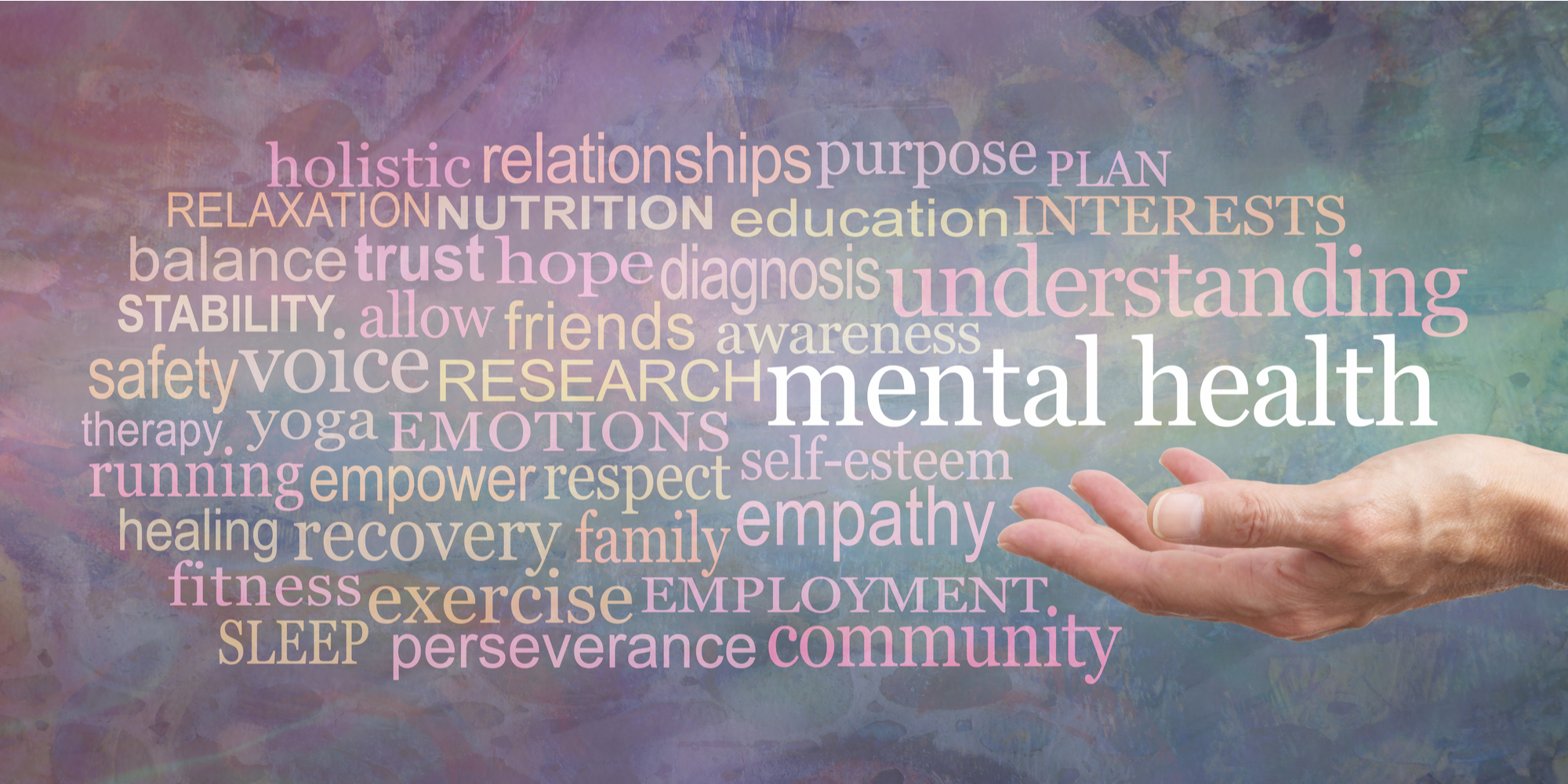 What Are the 5 Stages of Recovery for Mental Health? 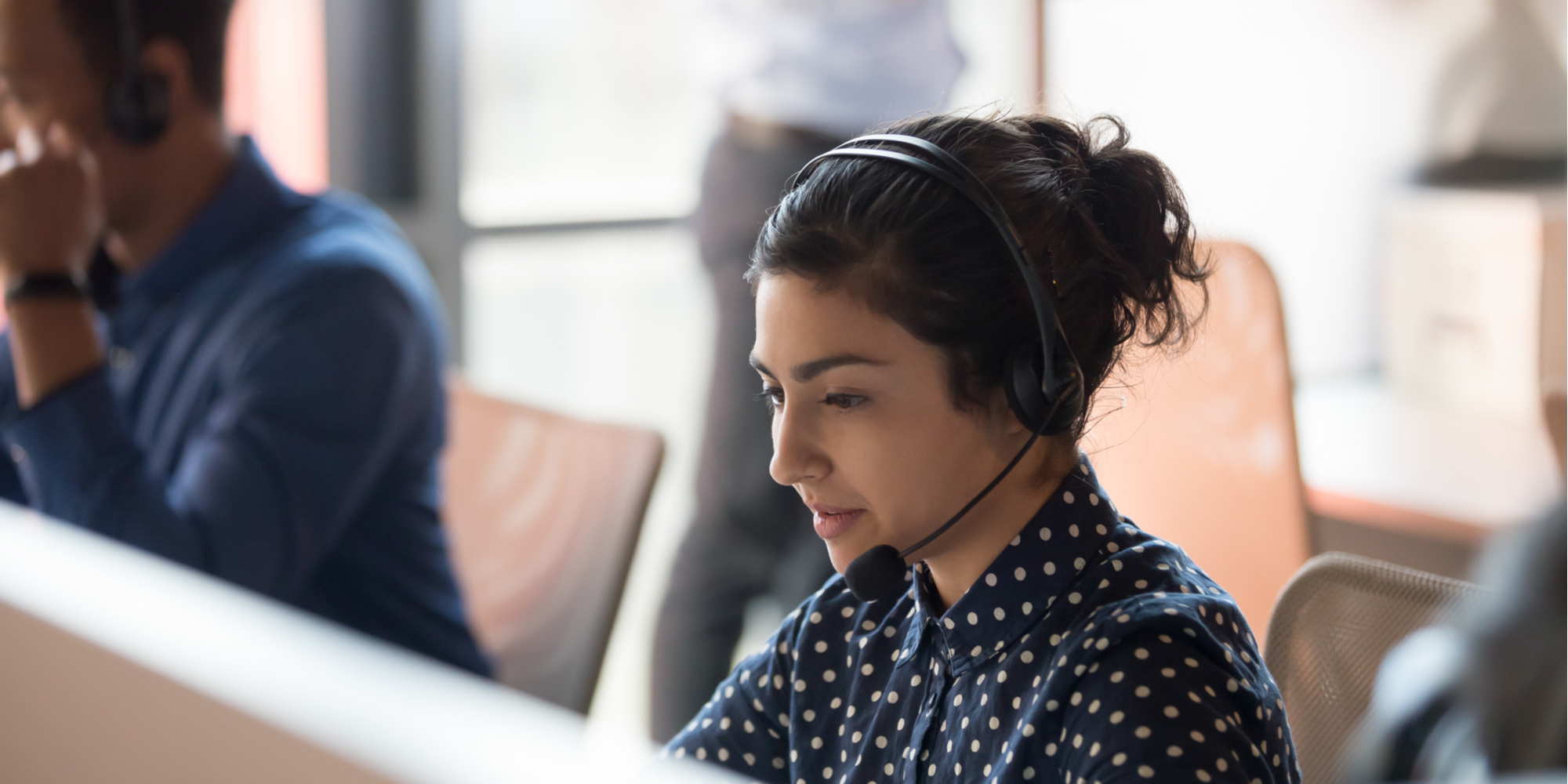 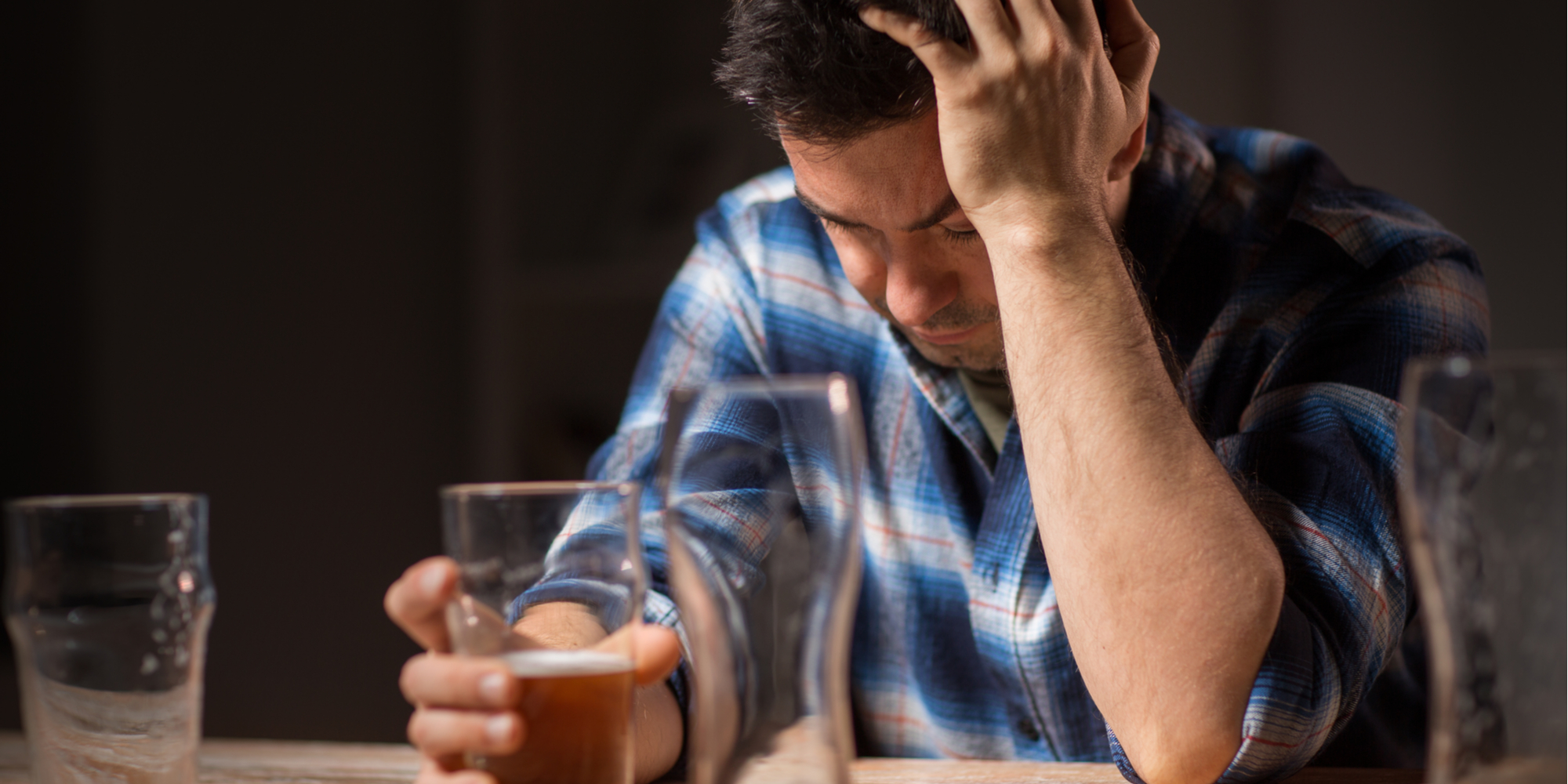 Causes of Addiction: From Beginning to Recovery