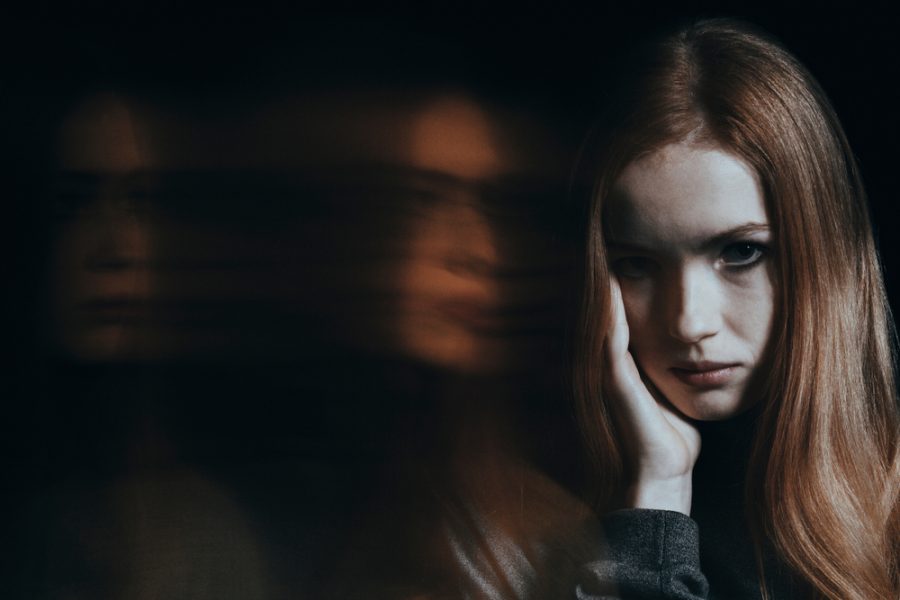 Recent research has shown a link between marijuana use and psychosis – both acute and chronic. While using the drug, people may experience an acute form of psychosis that can be very distressing. In this case, weed can bring hallucinations, yet the experience subsides quickly.

However, heavy marijuana use has also been shown to make some more likely to develop long-term psychosis symptoms, leading to more severe psychiatric disorders like schizophrenia. Here’s what you need to know.

Have you experienced hallucinations after using weed? Call or come in for help at Georgetown Behavioral Hospital.

Psychosis is a mental state marked by disturbing symptoms. When you are psychotic, you don’t see reality as it is to others. Changes in your brain make it difficult or even impossible to function. In fact, most people with psychosis can’t carry out even the most basic essential daily activities, like showering or eating. People with psychosis have problems thinking and processing thoughts. One way to describe psychosis is being “out of touch with reality.” 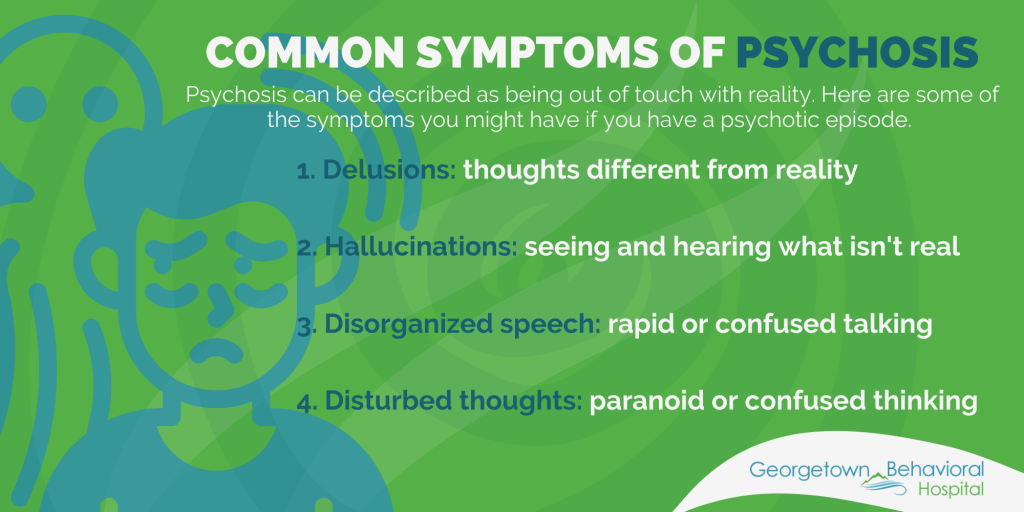 Psychosis can show up in many ways. Psychotic symptoms can be terrifying to the person experiencing them, but that isn’t always true. Here are some of the symptoms you might have if you have a psychotic episode.

Acute psychosis can be very severe and intense, but it doesn’t last long. An episode can last for up to a month. If it lasts longer, it will likely be diagnosed as another mental health condition in which these psychotic symptoms continue.

There are many disorders that include long-term psychotic symptoms. The same symptoms of psychosis listed above also happen, but they last longer, perhaps for the rest of your life. After that, psychotic symptoms usually happen often, especially if you don’t get treatment. Drug-induced schizophrenia could even happen to you

On the other hand, the symptoms can continue for months or years, especially if you are a heavy user of high-potency weed. If drug-induced psychosis becomes a permanent condition, then the treatment will likely be either for mental illness or for dual diagnosis because the problem involves both mental health and drug issues.

Researchers reviewed 12 studies on marijuana use and psychosis. Of the dozen studies, nine of them concluded that people who use cannabis have a much higher risk of psychotic symptoms and disorders. The other three studies also showed some evidence for a connection between weed and psychosis.

For those who have these risk factors, using weed might be a dangerous choice. If you have them and use marijuana, it might be a good idea to stop so that you can avoid a psychotic episode or illness.

Does the Amount Used Make a Difference?

The amount of weed used, as well as its potency, can make a difference in whether you get psychotic symptoms. There is no magic number that tells you whether it’s safe for you to use it. The main thing to remember is that having risk factors can mean you have psychosis when you have the same amount of weed as someone who isn’t affected that way.

Do I Have Cannabis Use Disorder?

You might wonder if you have a problem with weed and want to avoid psychosis. If so, the first step on your journey is to seek help. However, to do that, you need to know the signs of cannabis use disorder. Here are some of the more common symptoms.

The best way to find out if you have a cannabis use disorder is to talk with a psychiatrist or even a psychotherapist. If you have experienced psychotic symptoms, it’s important to get help right away.

Where to Get Help for Marijuana-Induced Psychotic Symptoms

Can weed cause psychosis? It appears that it can happen in some cases. It can cause short-term psychosis. There is also some evidence that it can bring on psychotic disorders, especially for those who are genetically predisposed to these mental illnesses.

With the psychiatric and therapeutic treatments that you get with our team, you may be able to prevent problems or solve them if they are already present. We can help you recover from cannabis use disorder or psychosis or provide dual-diagnosis treatment. Then, you can create a positive and satisfying life for yourself.

Do you want to avoid the dangers of long-term marijuana use? Contact us at Georgetown Behavioral Hospital to put this worry behind you. 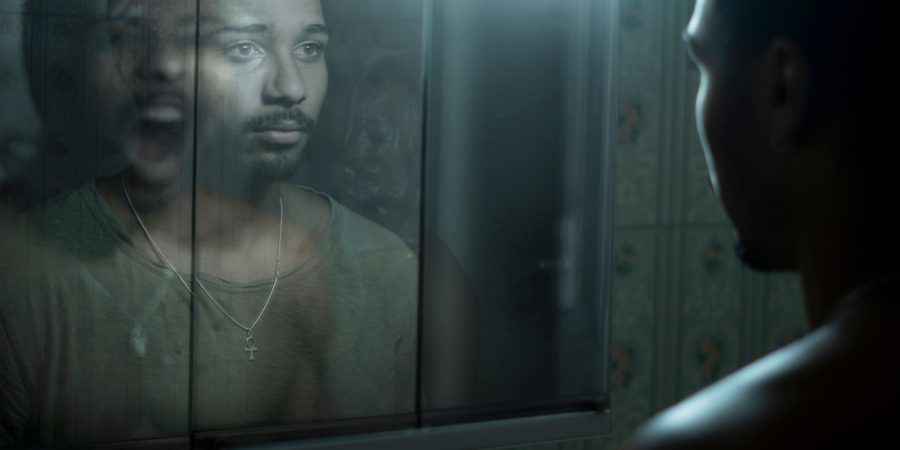 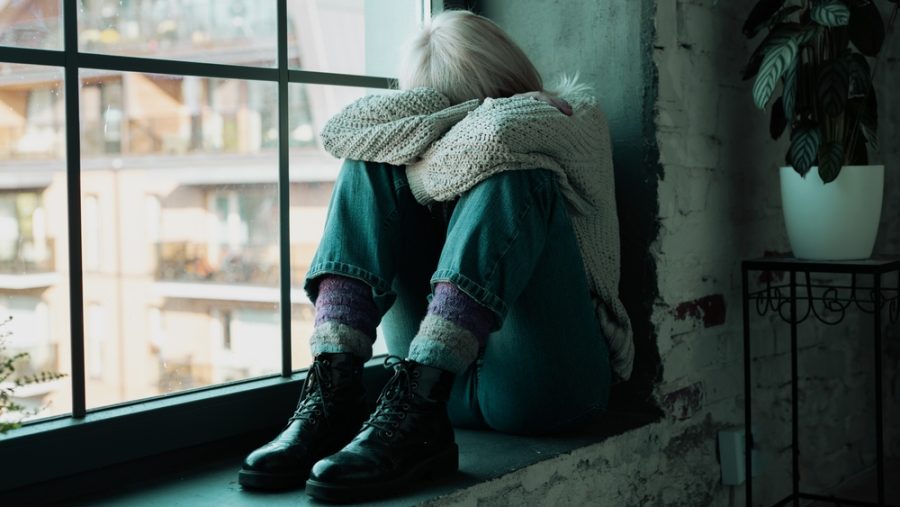 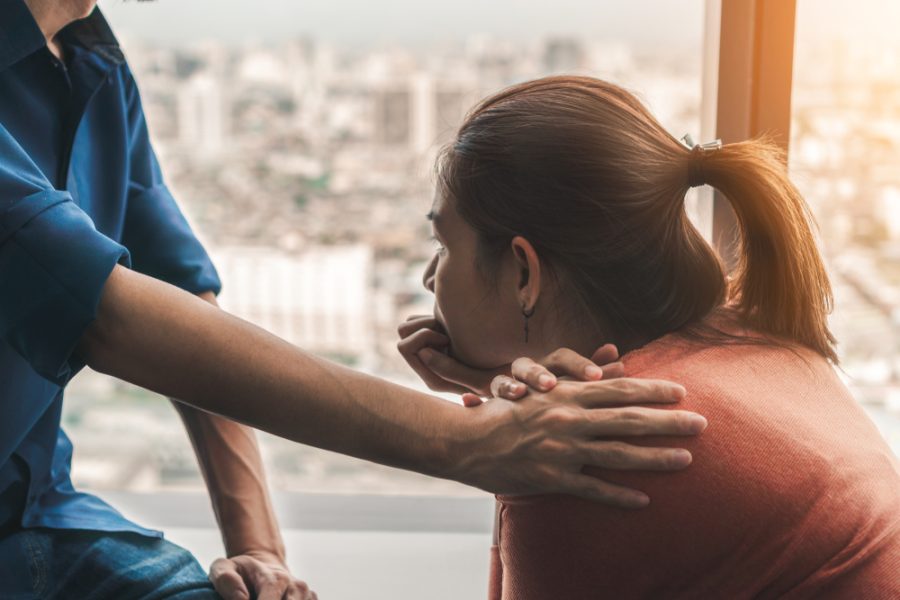 At What Age Does Mental Illness Start?